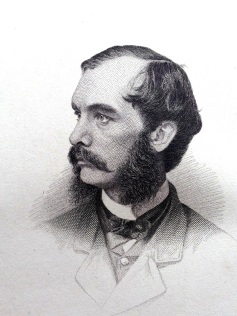 POSTED BY FRAN HENNESSEY
Afar on the open polar sea I love to ride, with
Dr. Hayes and Sonntag by my side. We run on
A vigorous, close-hauled tack, approaching
Baffin Bay. Under the low-angled summer sun,
We steer a two-masted schooner amongst great
Arctic majesties: breaching whales with blowing
Plumes and ocean-swimming polar bears.

As we made the remote Greenland coast, we
Marvel at a myriad of architectural delights.
Like ancient pyramids and imposing Byzantine
Towers a hundred feet in height, icebergs gleam
And glisten in summer light, fresh water
Cascading from their flanks and ocean waves
Breaking on their carved-out breadths, crashing
With roaring might.

An Arctic boat journey begins, call of northern
Wild, leads in ice floes open and close beneath
Protesting brine. What marvelous sights we glean
Splendor of snow-crested mountains and plateaus,
Alluring desolate climes. By dog sledge we hunt
Polar bears against blowing snow and across
Frozen seas. As shots ring out, through ice
Hummocks the wounded beast escapes. Ravenous
For the kill, dogs howl for blood, red splashes
Congealing on frozen snow.

Afar on the open polar sea, I love to ride with
Dr. Hayes and Sonntag by my side. The Arctic’s
Noble hand rules mountains and moraines, a
Clockwork of proportioned time, as glaciers creep
And a thousand shrieking winds penetrate mortal
Flesh of men to their weary souls. Sacrificing
Blackened fingers and toes are painful hazards,
Venturing too close to Captain Inglefield’s
Cloud-shrouded Ellesmere Land.

Beckons the Arctic night, a magical dome of stars,
Planets, and transparent light, reflections of a
Quiescent moon. Void of sun’s warmth, no
Blossom to adorn, Hayes and I venture into the
Frozen darkness, upon a groaning sea, lamenting
Sonntag’s death, the day cold won his life. In
Silent grief, we admire his sidereal passion,
Constellations that keep a constant vigil over
His solemn, rock-tomb grave.

Afar on the open polar sea, I love to ride with
Dr. Hayes by my side. We venture a thousand
Miles north to Grinnell Land, to reach the
Channeled narrows, to stand on lapping shores
Of the open Arctic Ocean. With sextant in hand,
An exhausted sighting made, and with only a
Transient polynya seen, we never lost faith or
Hope of returning to our dream, to Greenland
Shores and bays, stone-slab Viking ruins,
Remote and grisly plains, Land of Desolation.

This poem generally follows the thematic stanzas of Thomas Pringle’s longer poem, “Afar in the Desert.” It also incorporates images of Dr. Hayes’ second book, The Open Polar Sea, including the death of his best friend, August Sonntag, who served as Hayes’ second in command and as ship’s astronomer.

Frances Hennessey has been fascinated with Arctic exploration for some time, and has concentrated on the writings of Isaac I. Hayes, MD. Frances writes  informally on Arctic-related topics, and also writes poetry, some of which are vignettes of her reading and personal experiences. She tweets @OpenPolarSea and has a poetry blog http://www.oceanic-visions.com